Understanding the Complex Relationship Between Mothers and Daughters

When my husband and I were ready to start a family, I knew one thing for sure: I wanted a girl. I was from a family of girls and couldn’t imagine having a boy. When each of my daughters was born, I was over the moon with joy.

As a daughter and the mother of daughters, over the years, I have thought a great deal about the significant relationships mothers and daughters share—what makes them work, what can go wrong, and how to fix them when something does. It’s a popular topic on the Web. Here is just a sample of what I’ve learned.

Why are mother-daughter relationships so important?

A girl’s first connection to another human being is with her mother, even before she is born. From the time she comes into the world, it is her most valuable attachment and her model for connecting with others. Relationships between mothers and daughters are the strongest of all parent-child relationships. A mother’s mental health plays a significant role in determining her daughter’s mental health in the future.

What are the different kinds of mother-daughter relationships?

There are several ways in which mothers and daughters interact and bond, some healthy, some not so much. When they establish a true friendship, they can freely express themselves and share their feelings and ideas. In such close relationships, daughters know their mothers will always be there to provide support, advice, and a willingness to listen.

Pushed to an extreme, this healthy relationship can become toxic. In this case, the mother seeks validation through her daughter and fails to respect appropriate boundaries, while the daughter feels pressured to live up to her mother’s expectations even if they don’t reflect her own needs or desires.

While a mother may encourage and even push her daughter to keep growing and improving, a controlling mother will have the opposite effect by shrinking her daughter’s passions or desires. Again, pushed to an extreme, this is a mother who considers herself the ultimate authority. As such, she feels perfectly justified in micromanaging, criticizing, and interfering, all of which destroy her daughter’s confidence and self-esteem.

A more subtle but equally damaging relationship is role reversal. There are various reasons why a daughter takes on the role of the adult responsible for taking care of her parent, while the mother behaves more like a helpless child than a grown-up. She may be ill or depressed or an alcoholic. The longer this goes on, the more dysfunctional the relationship becomes, but it is not easy to break out of this co-dependent pattern of behavior.

“Healthy” does not mean perfect. It means the relationship works for both people. They genuinely like each other as people, not just as parent and offspring. The building blocks of a healthy relationship are trust and honesty, mutual respect, skillful communication, realistic expectations, support, and understanding. Those characteristics aren’t created overnight. They take time and patience, and the mother must be the role model. The way in which a mother treats her daughter—the way she talks to her, listens to her, endeavors to understand her—should begin when her little girl is a baby. Babies intuitively absorb more than we realize.

It isn’t always apparent to the outside world when a relationship within a family is toxic. Often it is a well-kept secret—a drama that plays out behind closed doors. But public or private, it takes a toll on everyone and has long-lasting effects, especially on the daughter’s self-image over time and how she interacts with others as an adult.

In such a relationship one person (or both) is quick to judge or criticize, dismiss the other’s feelings, say hurtful things, and ignore boundaries. Dysfunctional relationships between mothers and daughters often involve destructive behaviors such as:

What are the effects of a toxic mother-daughter relationship?

Since this is such a critical relationship in a girl’s life, when it is dysfunctional it has costs beyond the unhappiness it causes at the moment. It’s important to point out that a bad relationship affects both people. Raising daughters is sometimes difficult because the daughter is difficult. There is no doubt that the teenage years can be tough, but when the tension continues long after that period, it isn’t always the mother who is at fault. What matters is that mothers and daughters both feel the effects, which include:

How Can You Improve a Troubled Mother-Daughter Relationship?

It is always desirable and often possible to repair broken bonds between mothers and daughters, and there are many ways to do so. Here are twenty ideas to start you on the right path:

Understanding the Complex Relationship Between Mothers and Daughters

Memories Are Made of This

Learning to Live with Our New Reality

How to Beat the Heat in without Air Conditioning 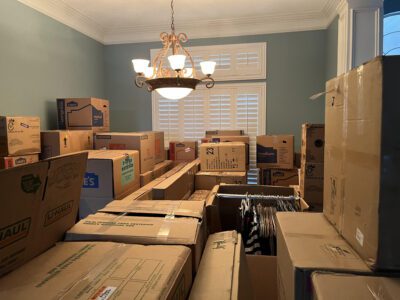 If you have ever moved, you know how much time and energy and sheer grit it takes to get from the decision to do it