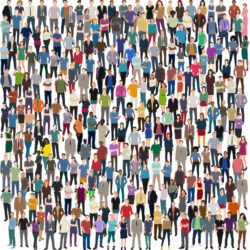 It’s no secret that the US population is aging. Today, there are close to million older adults aged 65 and older living in the US According to the urban institute—which provides data, facts, and insights to help strengthen communities—the number of Americans aged sixty-five and older will more than double over the next forty years, reaching 80 million in 2040. The number of adults ages eighty-five and older, the group most often needing help with basic personal care, will nearly quadruple between 2000 and 2040.

Many organizations already exist to meet the needs of the almost 50 million older adults living right now. Each one has its own mission, and it’s a good idea to understand why they exist and the kind of help they provide. Here are six of the most important ones.

AARP
https://www.aarp.org
AARP is a United States-based interest group focusing on issues that affect people over the age of fifty. The organization had more than 38 million members in 2021. The AARP magazine and bulletin are the two largest-circulation publications in the United States. AARP champions positive social change through advocacy, information, and service.

Administration for Community Living (ACL)
https://acl.gov/about-acl
The Administration for Community Living was created around the fundamental principle that older adults and people of all ages with disabilities should be able to live where they choose, with the people they choose, and with the ability to participate fully in their communities. ACL’s vision is for all people, regardless of age and disability, to live with dignity, make their own choices, and participate fully in society.

Administration on Aging (AOA)
https://acl.gov
The Administration on Aging (AOA) is the principal agency of the U.S Department of Health and Human Services designated to carry out the provisions of the Older Americans Act of 1965 (OAA). The OAA provides services and programs designed to help them live independently in their homes and communities. The Act also empowers the federal government to distribute funds to the states for supportive services for individuals over the age of sixty.

American Society on Aging (ASA)
www.asaging.org /
Since 1954, ASA has developed and led the largest, most diverse community of professionals working in aging in America. As a result, ASA has become the go-to source to cultivate leadership, advance knowledge, and strengthen the skills of its members and others who work with and on behalf of older adults. As America struggles with how best to respond to the need for greater inclusivity, anti-ageism, and equity, ASA sees its responsibility as a leader in driving the discourse and advocating for the change necessary to address these issues in aging.

OASIS
https://www.oasisnet.org/
Oasis is a national, nonprofit educational organization that promotes healthy aging and reduces social isolation among older adults. Its mission is to promote healthy aging through lifelong learning, active lifestyles, and volunteer engagement. Its vision is to see that adults aged fifty and older across the country have opportunities to pursue vibrant, healthy, productive, and meaningful lives.

PrevPreviousCOVID Confusion
NextIs it time to face the subject of a loved one’s end of life?Next

Assessing the Impact of COVID-19 by the Numbers

Shining a Spotlight on the Older Americans Act

The Power of Vaccines