I have been thinking about my age quite a lot lately because my last birthday seemed to mark a turning point in both my level of fitness and my appearance. I talked to two of my contemporaries about this. One of them is not taking this stage of life well at all. She is very conscious of all the things she can’t do anymore. Her children are scattered, and she rarely talks about her grandchildren. The other is grateful to be relatively healthy except for one serious chronic condition, which doesn’t seem to get her down. She and her husband go to the gym every day, and she stays in frequent touch with her children and grandchildren.

How do other octogenarians handle being eighty-five?
I decided to check in with three famous women I only know by reputation and see how they are faring at this age. What I really wanted to know is how they feel about being eighty-five.

Gloria Steinem is probably the most famous feminist in the world. She’s been an activist for women’s reproductive rights for decades and laments that they are again at risk in this country. Watching women’s hard-won rights being eroded, she says is “angering and ridiculous and surrealistic. It’s dangerous …  If we don’t control our own physical selves, we are not living in a democracy. I think the idea that women’s bodies somehow belong to the state, as we see in Texas and Arizona and other places, will be understood as a very serious mistake.” I don’t know if Gloria Steinem is going to become active in this latest war on women, but being eighty-five does not seem to deter her from a good fight.

Vanessa Redgrave has been hailed as “one of the best actresses in modern cinema.” Nominated for an Oscar six times, she did earn one, as well as an Emmy, the Olivier award, a Tony, and the Golden Lion for lifetime achievement. Redgrave is also a stubborn human rights activist and anti-war campaigner, who protested the Vietnam War in the 1970s. Perhaps she will protest the erosion of women’s rights in 2022.

Jane Fonda  is “super-conscious that she is closer to death, but it doesn’t really bother her.” She has stayed as busy as ever, recently completing work on the movie Moving On. “I’m eighty-five,” she says. “The fact that I’m still alive and working. Wow! Who cares if I don’t have my old joints? And I can’t ski or bike or run anymore? …  You know, you can be really old at sixty, and you can be really young at eighty-five.” Fonda was a political activist who protested the Vietnam War, the Iraq War, and violence against women, describing herself as a feminist and environmental activist.

Obviously, I didn’t pick the girls next door to ask about age; I picked three women I admire for so many reasons. What I infer from what I’ve read about them is they are not sweating being eighty-five. It is where they are in life, and they accept that reality. What interests me is how active and involved in life they are, that they are all “activists” for causes they believe in, and that they are not afraid to protest.

OK, those are actresses and activists. Here are …

Well-known authors who wrote books at 85 or older

And artists who blossomed in later life

That’s encouraging and inspirational because it proves that spunky women can fight for the causes they believe in, writers can write, and artists can produce art until the very end of their lives.

If reading through this blog on down days doesn’t lift us up, I will be very surprised. Many of us have had role models over the years who bolstered our confidence, set the standard for excellence, and helped us chart our own course. If they helped us then, they can help us now. Who is better qualified to teach us what we can do at eighty-five and beyond?

PrevPreviousHow to Move from One House to Another Without Losing Your Mind
NextThe Little-Known, Detrimental Effects of AgeismNext 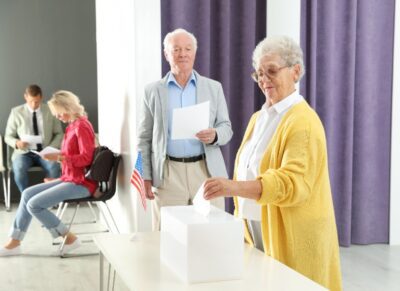